Art Blakey A Night In Tunisia 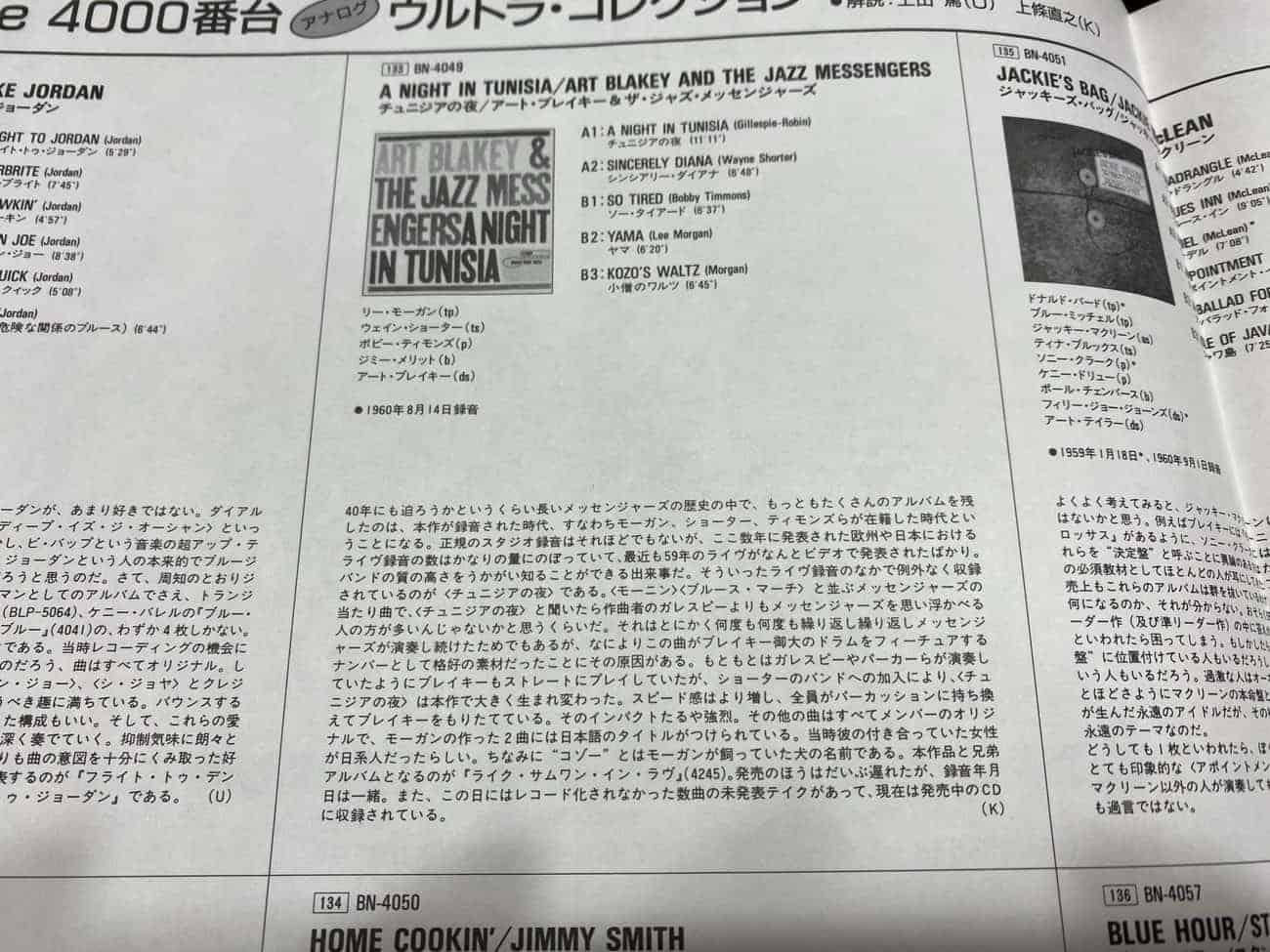 This is the liner note taken from the album, Art Blakey And The Jazz Messengers A Night In Tunisia Blue Note BST 84049 by Toshiba EMI Japan.

The Hottest Era Of The Jazz Messengers by Naoyuki Kamijo (Jazz Critic)
In 40 years of The Jazz Messengers history, the early 60's is the hottest time I believe, making more new albums than any other times. And, that is the time superstars like Lee Morgan , Wayne Shorter and Bobby Timmons were there in the band.
At that time, studio recordings were not that many but many live recordings were made public in Japan as well as in Europe and the quality of those sessions is superb. During the Messengers lives, A Night In Tunisia is one of the most played live songs. Together with Moanin' and Blues March, A Night In Tunisia surely is one of the most popular titles by The Jazz Messengers.
Before Wayne Shorter joined the band, Blakey used to play this song like Dizzy Gillespie used to play, a kind of normal style. Well, Shorter came and made a change, featuring Blakey's drums more dynamically and brought many kinds of percussions. What a dynamic sound!
Apart from A Night In Tunisia, all the songs were originals by the band members. The 2nd song in side 2 is the Lee Morgan's original. Yama is a Japanese word (means mountain in Japanese) and it was said that Morgan's girlfriend at that time was a Japanese descent. The next song, Kozo, again Morgan's original is a Japanese word and the name of his dog!  (means a boy in a disrespectful way in Japanese!).
By the way, another album - Like Someone in Love - is the same session with this - A Night In Tunisia -. The sessions were recorded at the same place on the same day.
I kind of smile when I see these Japanese song titles that The Messengers use, funny, haha. But Art Blakey and his members really loved Japan. Horace Silver used Japanese titles as well on Tokyo Blues. I never knew Lee Morgan once had a Japanese descent girlfriend!... by Takashi